Naples in Southern Italy has a unique atmosphere and seems like a city straight out of a film. It’s certainly inspired lots of them! Between its majestic buildings, winding streets and sublime bay with Mount Vesuvius in the background, this city is a delight for the eyes. 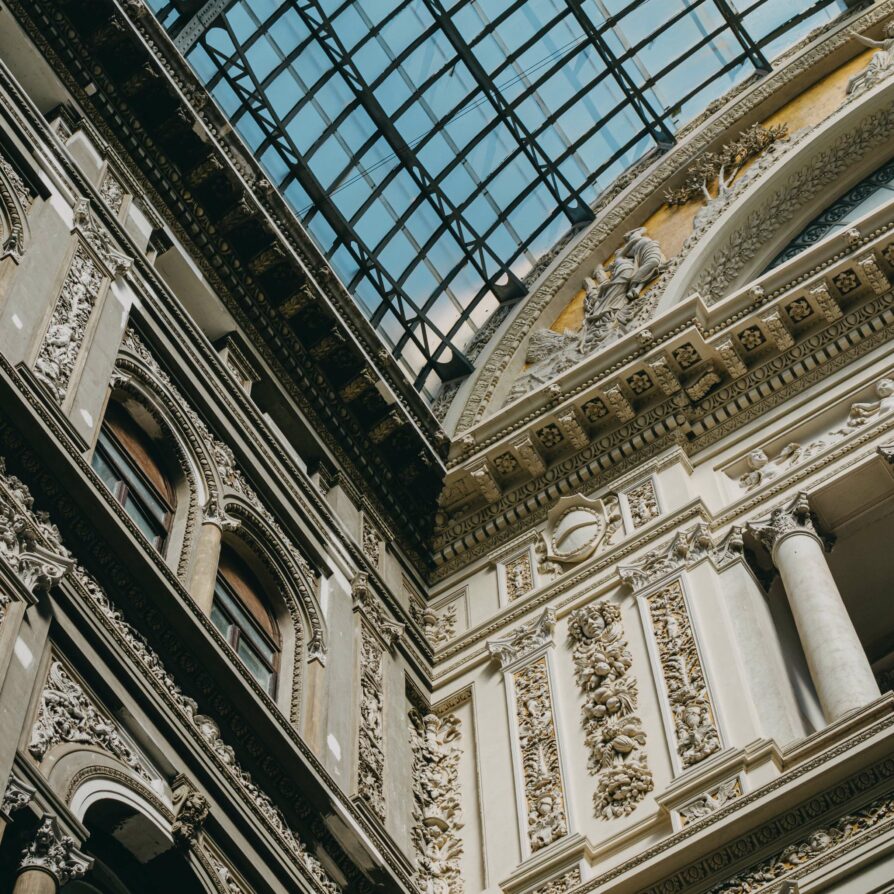 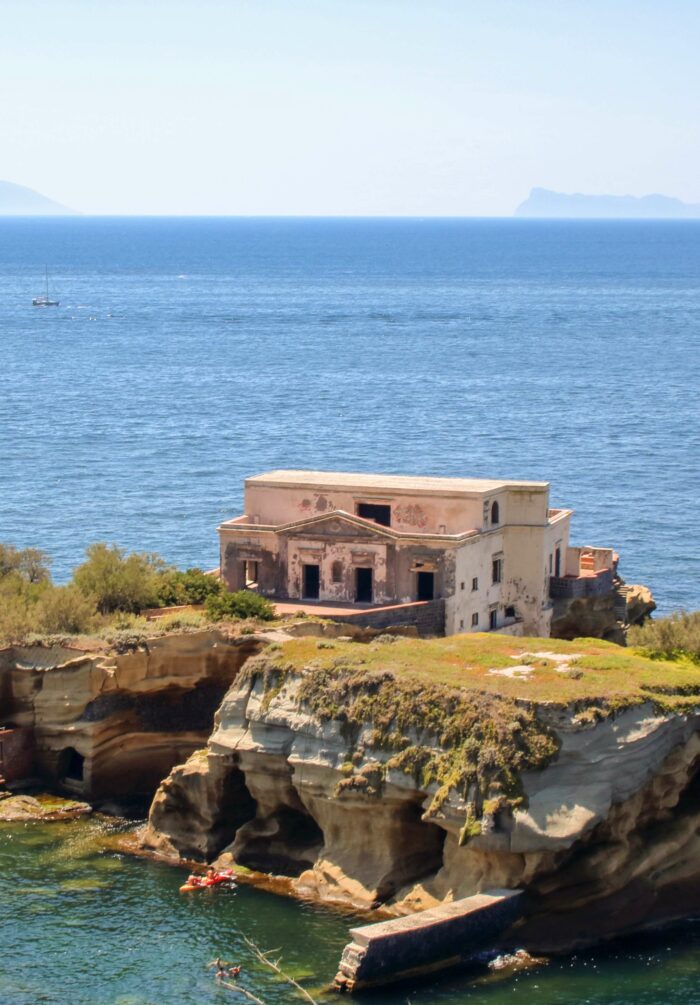 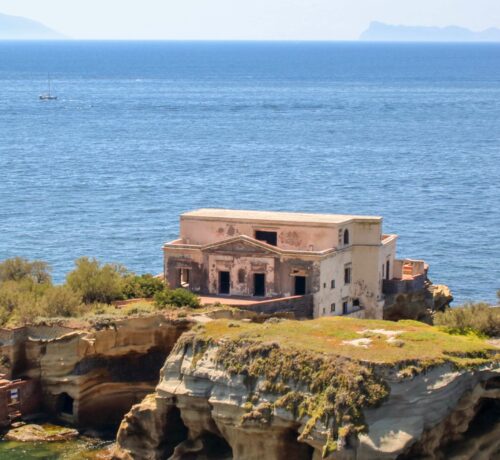 THE “CURSE” IN THE GULF OF NAPLES

In the Gulf of Naples sits an archipelago of beautiful islands punctuating the coastal scenery. There are the famous islands of Capri, Ischia and Procida, and the much less well-known island of Gaiola.

Gaiola is just a few metres off the coast of Naples, so close that you can swim to it. The two islets are connected by a bridge, only home to an abandoned house enshrouded in a strange atmosphere. Locals say the place is cursed.

Gaiola once defended the city before being occupied in the 19th century by a hermit known as “The Wizard”. It’s also been home to numerous residents who met tragic fates. Take Swiss man Hans Braun, whose body was found wrapped in a rug and his wife, who allegedly drowned. German man Otto Grunback, the next person to live on the island, reportedly died of a heart attack. Coincidence? The head of Fiat, Gianni Agnelli, lost several people close to him when he owned the island. American billionaire Paul Getty suffered his grandson being kidnapped and Gianpasquale Grappone, the last person to hold the island, ended up in prison.

Maybe it’s not a good idea to set up a home in Gaiola! At least, that’s what the Neapolitans think. Nevertheless, it’s lovely to snorkel and admire the marine life surrounding the island, which is sure to provide a beautiful display. You can see ancient buildings hidden under the water and a vast array of sea life. 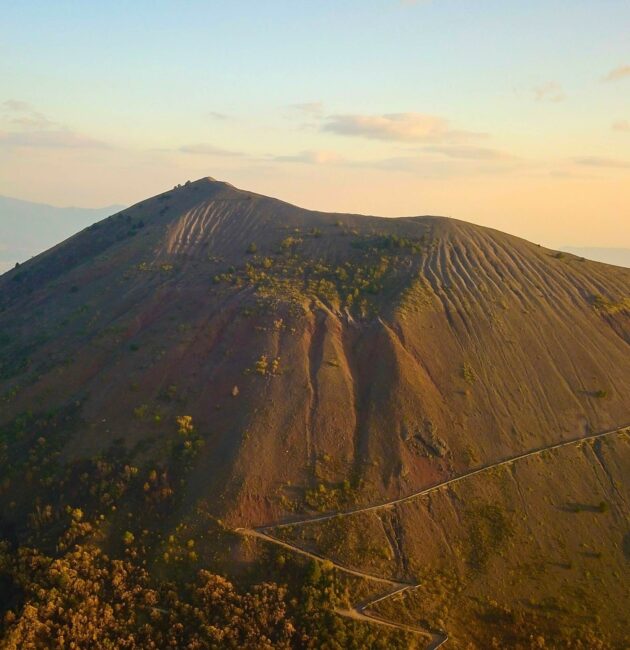 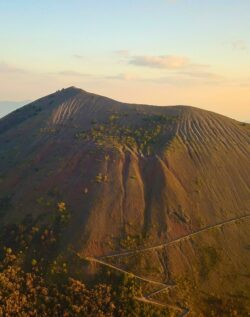 Mount Vesuvius is one of three volcanoes, along with Mount Etna and Mount Stromboli, which have remained active in Italy over the last centuries. Mount Vesuvius is the legendary volcanic crater in the Gulf of Naples. It’s over 1,200 metres high and owes its worldwide fame to its destruction of Pompeii and Herculaneum at the start of the Common Era.

Built on an islet to the south of Naples, Castel dell’Ovo (egg castle) is the oldest castle in Naples, built on the waterfront by the Normans in the 12th century as a military fortress. Legend says the poet Virgil hid a magic egg there, hence its name. 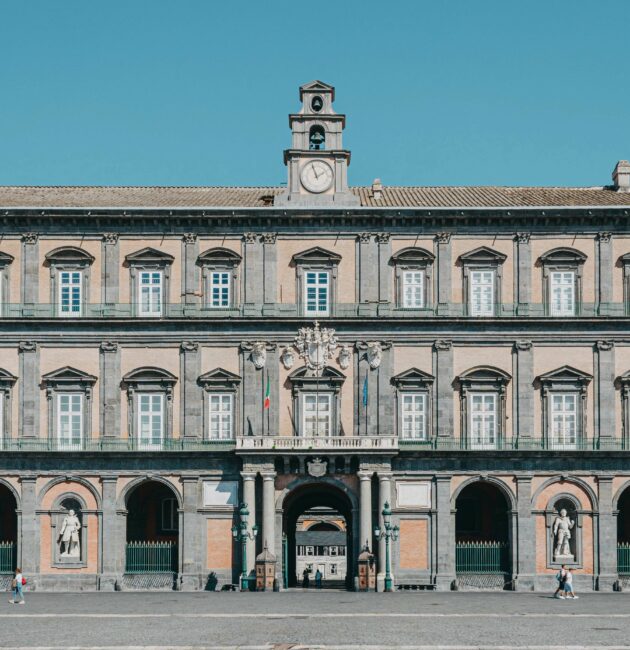 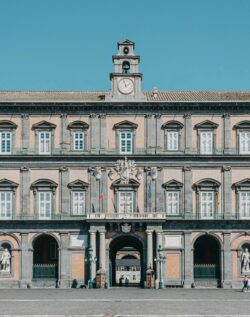 THE ROYAL PALACE OF NAPLES

At the Royal Palace of Naples, built in 1600, you can dive into the history of Naples and the famous families who’ve lived there, not least the Bourbons. You can admire its main staircase in Carrara marble, royal apartments and the Palatine chapel. 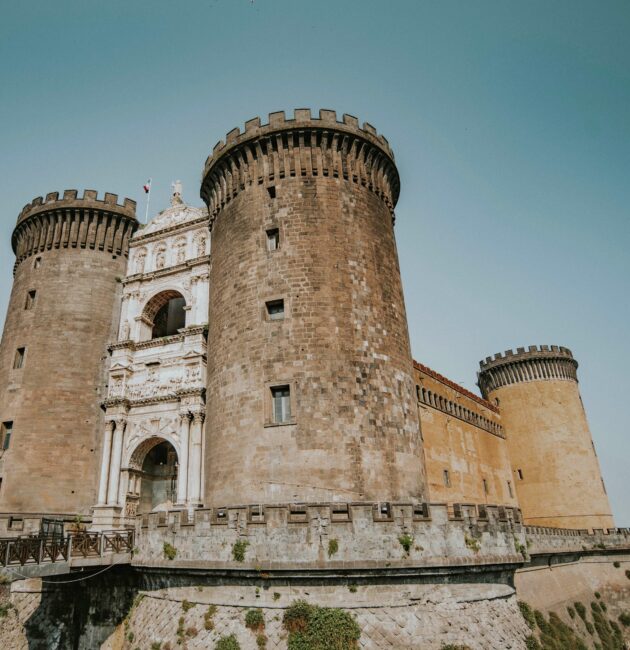 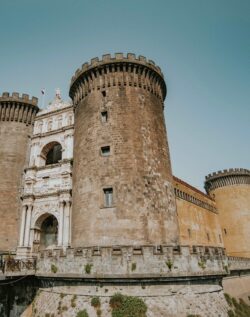 The medieval fortress, also called Maschio Angioino, is imposing with its five towers and massive ramparts encircled by a moat to protect it from invaders in times gone by. This fortified castle offers excellent views of the Gulf of Naples and Mount Vesuvius. 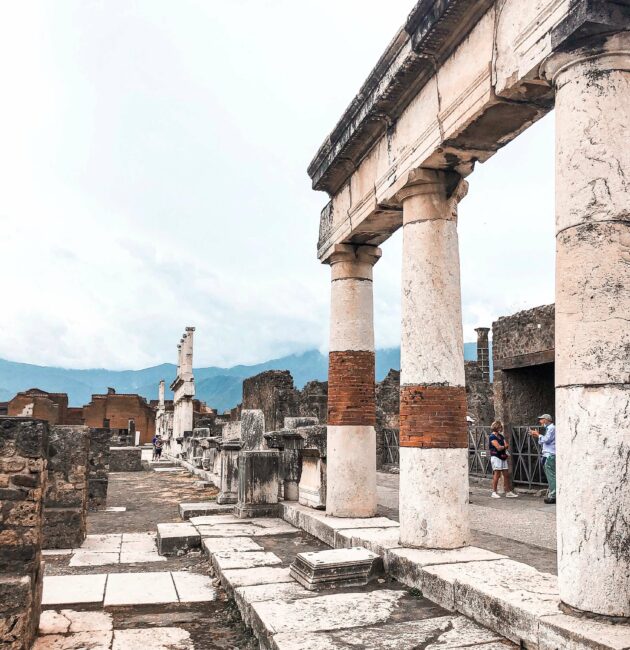 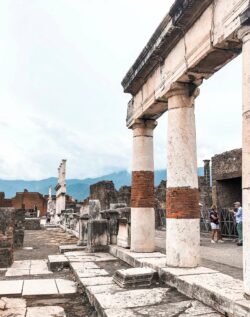 Pompeii has a tragic story, which is why it’ll always be remembered as a big part of history. This ancient city located 25 km from Naples was buried under the ash of Mount Vesuvius in 79 AD. Today, the remains of this site are frozen in time and are very popular with visitors.