THE CRAZIEST SWIM IN JERUSALEM

Holy land and a rejuvenating experience

5,000-year-old Jerusalem has a central place in the three monotheist religions: Christianity, Judaism and Islam. A place of pilgrimage, this holy city has preserved an impressive number of ancient buildings. It welcomes almost five million tourists each year.

It’s the photo to take there: reading a newspaper whilst floating in the water. The image has been immortalised so many times that there’s no doubt where it’s taken. It’s unmistakably the Dead Sea, located less than an hour by car from Jerusalem. It would be sinful to go there and not take a dip in the mythical waters. For some context, the Dead Sea is the Earth’s lowest point on land, at more than 400 metres below sea level. Despite its name, it’s actually a lake bordered by Israel, the West Bank and Jordan. So, why do you float in the waters of the Dead Sea? It all comes down to its high salt levels which increase the density of the water. There are nearly 300g of salt per litre of water, whereas seawater elsewhere contains an average of 35g. This makes swimming in the Dead Sea a unique and unforgettable experience. Even though this water is known for its medicinal properties, particularly in the treatment of certain skin problems such as psoriasis, it is not recommended to go in for more than 20 minutes. There are several ways to get there: take a guided tour or go there yourself by getting a bus, hiring a car or booking a taxi. Particular sunbathing beaches of note in Israel are Kalia Beach (50 minutes) or a little further away is Ein Bokek (a 2-hour drive). 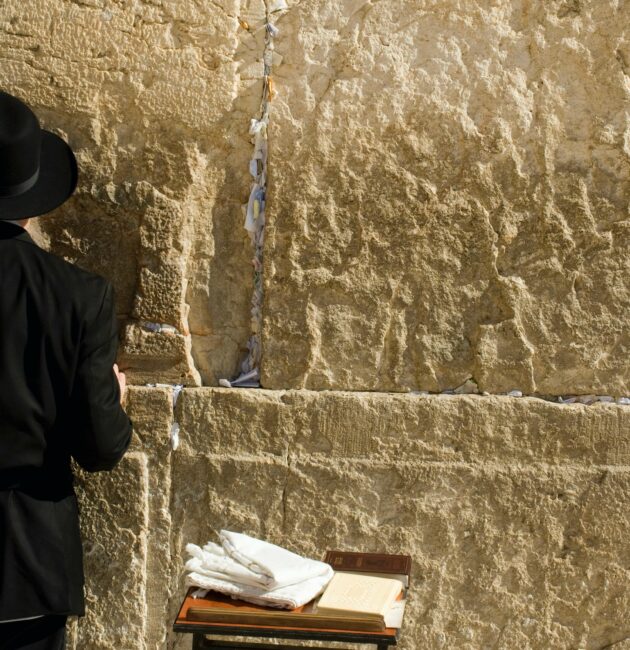 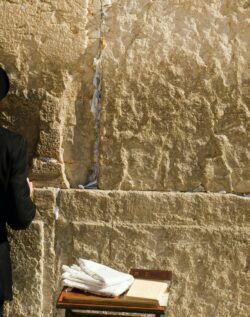 The city’s most iconic landmark, The Western Wall, also known as Kotel, is the last remains of Solomon’s Temple. The Babylonian army under Nebuchadnezzar II destroyed the temple during the siege of Jerusalem. Every day, crowds gather and pray there at the most sacred of Jewish sites. 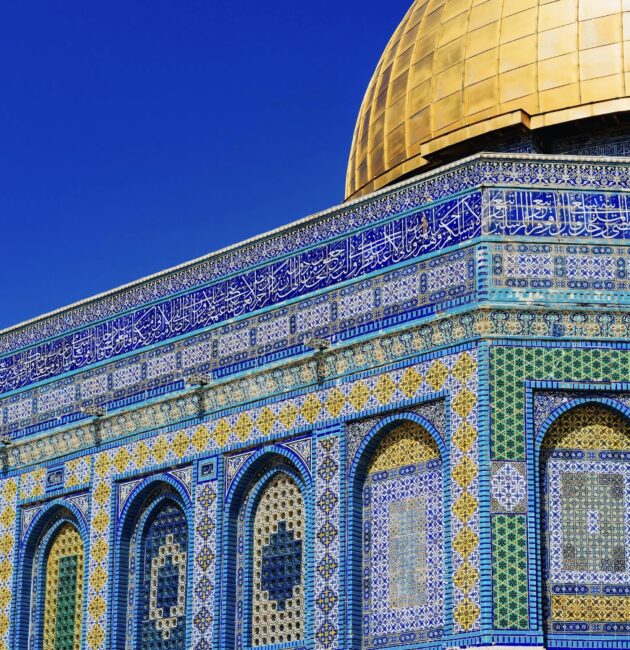 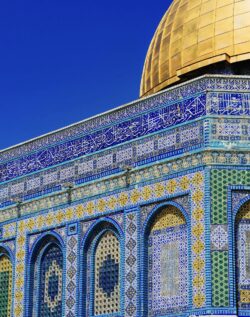 DOME OF THE ROCK

Often seen in pictures of Jerusalem, the Dome of the Rock is an entirely gold-plated and famous example of Byzantine art. Constructed in 691, the décor inside this Islamic holy place is also remarkable with its marble tiles, mosaics and array of inscriptions.

The Mount of Olives is a hill to the east of Jerusalem and a holy place for the three prominent monotheist religions. Climbing to an altitude of 800 metres, it offers stunning views of the city of Jerusalem and beyond. The world’s largest Jewish cemetery is also located there.

CHURCH OF THE HOLY SEPULCHRE

The Church of the Holy Sepulchre is built on Christ’s crucifixion and resurrection site. This unmissable location is revered by Christians worldwide as Christ’s tomb. Near the Jaffa Gate in the Old City, the Tower of David is even older, built in the 2nd century BC. 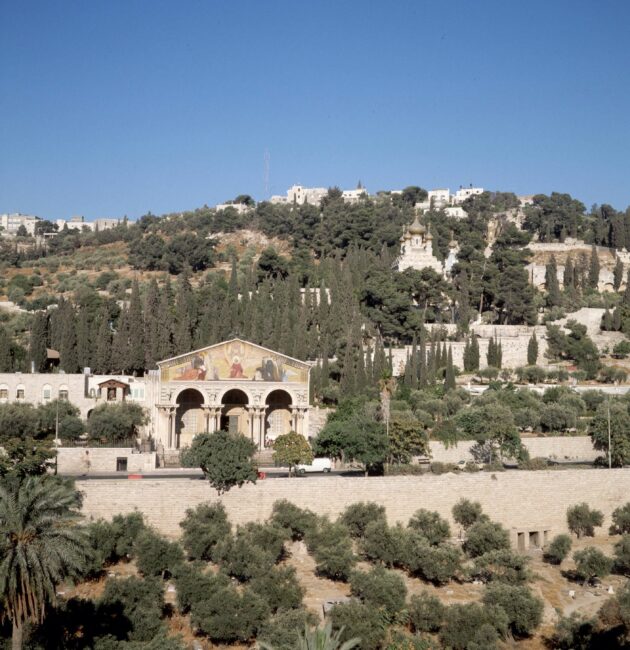 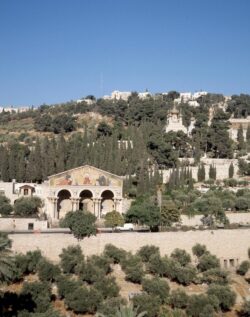 THE GARDEN OF GETHSEMANE

The Garden of Gethsemane is where Jesus prayed shortly before his arrest. This scenic spot is nestled at the foot of the Mount of Olives. The garden, dotted with centuries-old olive trees, has become an important pilgrimage site. It hosts visitors during pilgrimage festivals who have no accommodation elsewhere.

Book your hotel in Jerusalem
Continue your journey in Israel